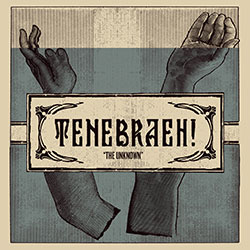 Tod Browning was one of most controversial, imaginative and daring film directors of all times. He’s work was always unheard of, extraordinary, unusual and radically anomalous. Little wonder ‘The Unknown’ is considered one of the high points of he’s career, when not one of he’s (secret) best masterpieces. At the same time, TenebraEh! Is a singular Project that is born from the womb of Eh! a band with a more particular and less conventional vision of Rock. With three albums until now, 36 de 48 (BCore, 2009), La Fase del Sueño Intratable (BCore, 2012) and El Sobresalto Alpha (BCore, 2013), in Eh! We find references like Lalo Schifrin, Ennio Morricone, John Barry or Henry Mancini, apart from a speech that sails between the jazz of John Zorn, the outer space rock of Tortoise and Aloha, the sound experimentation of Yper or Sonic Youth, the avant-garde music of John Cage and hints that go from Morphine to Black Heart Procession, from Motorpsycho to Thee Silver Mt Zion and from an electric Miles Davis or a more rockier Herbie Hancock to the orchestrated beauty of Sufjan Stevens. The Eh! Albums are soundtracks for films that don’t exist, so&#133; Why not make soundtracks for films that already exist? Under this premise, in 2012 TenebraEh! was born, with a clear goal being to compose and play live music for silent movies defined by terror, fantastic or sci-fi genre. TenebraEh! are Elías Egido, Naiel Ibarrola, Ramon Marc Bataller (members of Eh!) and the drummer of Bacteria Forte and Malämmar, Ferran Giralt. 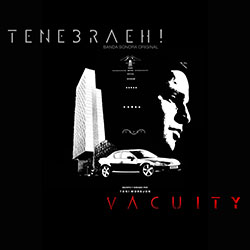