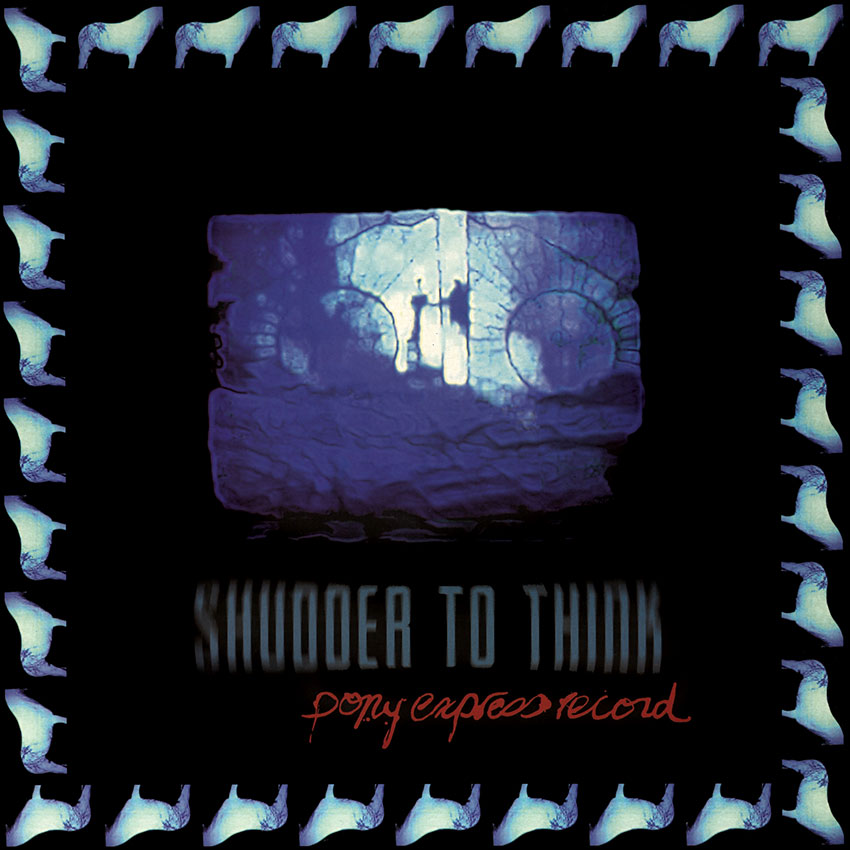 In the early nineties Shudder to Think released three praiseworthy albums with faultless record label Dischord; but were never fully recognized as much as fellow label bands Jawbox and Fugazi. In 1994 they signed for the major label Epic and released their best album, the present “Pony Express Record”, without losing an ounce of credibility; but Shudder to Think never managed to level sales with other contemporaries also surrendered to what was on a high back then: grunge.

They maybe shared a touch of drama; visceral attitudes and the urge for distorted guitars, but the Shudder to Think songs on “Pony Express Record” were a completely different world. The 13 tracks included on this album (so far from the ‘radio friendly’ concept), merge elements from a number of genres: post-hardcore, metal, noise, jazz, and even (the then emerging) emocore, with a result that is as unpredictable as fascinating.

All of the tracks, that transcend any genre boundary, have some things in common, like their highly infectious melodies, but most of all, they shared the wondrous voice of the magnetic Craig Wedren, who set new standards with his turns and his singular interpretation of songs like “Hit Liquor”, “Earthquakes Come Home” and “X-French Tee Shirt”.

The “Pony Express Record” sound, impeccable, but maybe too ambitious and uncomfortable (too sharp perhaps) for the general public, is due to a tandem of renowned sound engineers including Ted Nicely (Fugazi, Girls Against Boys) and Andy Wallace (Slayer, Sepultura, Nirvana).

Shudder to Think were a ‘rara avis’ with every chance of becoming a cult band in time. And indeed they did.

The band from Washington broke up in 1998 after releasing their second album at Epic, “50.000 B.C.” and is now considered by Music press and a large number of active bands, as one the most underrated bands of the marvelous ‘90s. And this “Pony Express” is their masterpiece, their highest creative peak. Its strange beauty still surprises and captivates two decades later.