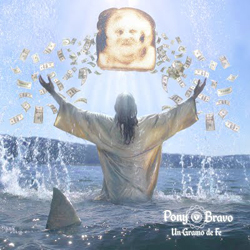 “Un Gramo de Fe” (El Rancho 2010), second album by Pony Bravo after their revolutionary debut a couple of years ago, its a practical exercise of pure sound experimentation, with references that go from a more introverted post-punk to a more hypnotic and repetitive krautrock, they even flirt a bit with the Cuban son. Seventies melodies of nocturnal funk, capable of confusing anyone and anything (bungalows for example) with their Groove base (“Noche de Setas”), they appear on the album with a celebrated tribute to Manolo Caracol and he’s “Niña de Fuego”
With out forgetting the melodious and subtle sound of the trumpets and clarinets of their friends Za! (Papa Dupau y Spazzfrica Ehd), that come in and out at their own whim, with the company of that delicious down tempo organ that’s capable of invoking the elegance of Dimitri From París de “Sacré Français” in the ironic “Super-Broker”. (La Fonoteca). 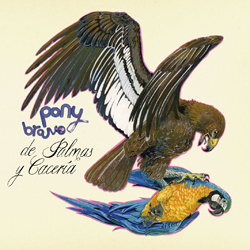 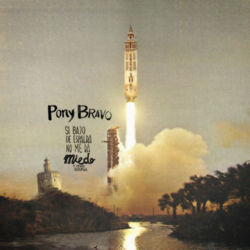