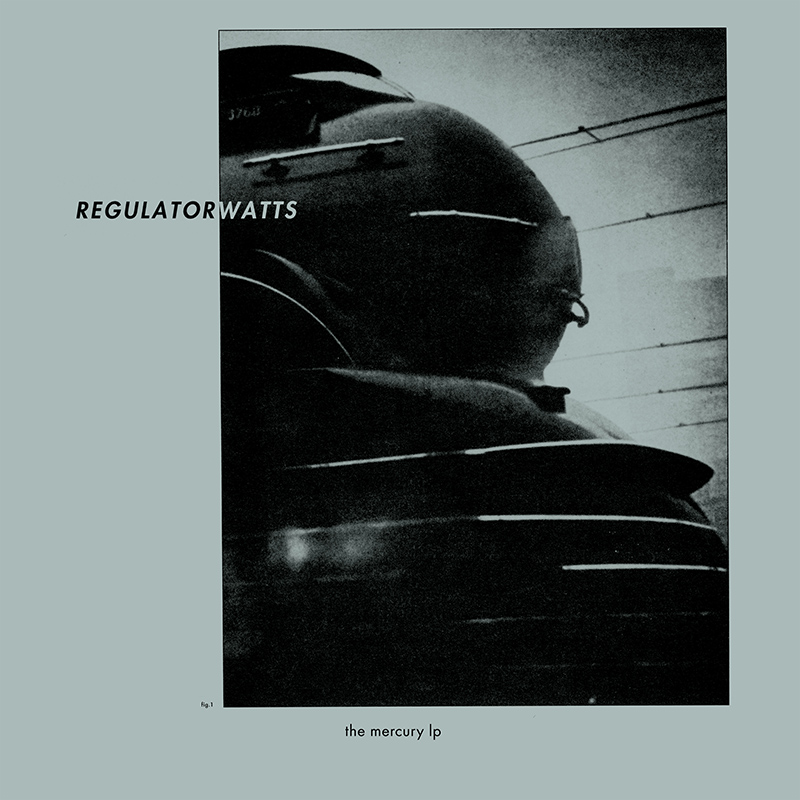 When Hoover separated in 1994, the bands members moved on with different pro- jects. Fred Erskine and Joe McRedmond formed The Crownhate Ruin, while Chris Farral joined Josh LaRue in The Sorts. Al Dunham created the trio Regulator Watts with Cret Wilson (bass) and Areif Dasha Sless-Kitain (drums). The band were only active for a short period of time –from 1996 to 1998 to be precise- but managed to leave us a number of recordings that would play the Champions League in the Washington DC/Dischord scene.

Wilson and Sless-Kitain would build a monolithic rhythmic section where Al Dunhams guitar and vocals could expand and contract, alternating states of emotional explo- sions with others of introspection. As like many other Washington DC bands, RW’s sound brings to mind the likes of Fugazi, Bid Black / Shellac or even Naked Raygun. But there was always something very unique and personal about Regulator Watts. Maybe it’s that characteristic and taunting guitar tone. Maybe it’s Al Dunhams vocals, at times distressing and full of rage, at others grief-stricken and hesitant. Noise, expan- sion, hypnotic trance, explosions of distortion. It is not emotional post-hardcore (nor emo-core); it is existential post-punk, high-octane material.

“The Mercury CD” gathers everything the Regulator Watts recorded before their first and only LP “The Aesthetics Of No-Drag” (Slowdime/Dischord, 1997). The album, to now be reissued by the Catalan label BCore Disc, includes all the tracks on “The Mercury EP”, the single “New Low Moline”, the split single with Stinking Lizaveta, and others that were never released. On the album, Regulator Watts already show the style constants that would make “The Aesthetics Of No-Drag” one of the best albums in Dischords/Slowdimes history. The Washington DC scene was so creatively rich that even relatively unnoticed bands (Autoclave, The Crownhate Ruin, Arcwelder… the list is long) deserve any intent of vindication like this reissue by BCore.