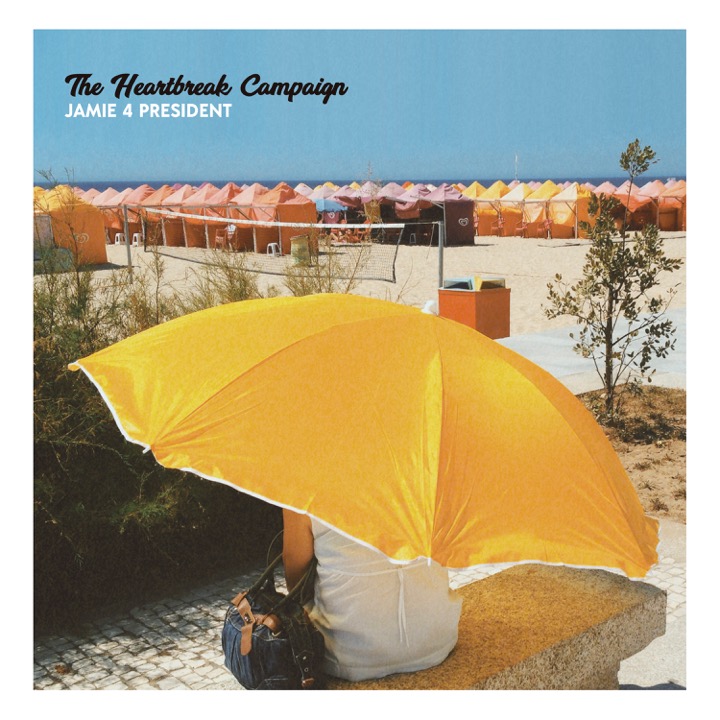 To live by the sea. The faded grandeur of a once thriving coastal town that at some point succumbed to apathy and greed. Memories of carefree youth and hazy late nights/early mornings jumping off rocks and swimming naked while drinking cheap cava straight from the bottle. Torremolinos on the south coast and Sant Feliu de Guíxols on the north-east. Different but similar. All this infuses the sound and spirit of Jamie 4 President and their new album “The Heartbreak Campaign”.

In 2013 Jamie R.Green (born in Leeds, UK but raised on the south coast of Spain) decided to get some friends together and record a set of songs he’d written since moving to Madrid. Among them was the drummer Pablo Gonzalez with whom he had played in the band Notes to Myself.. The newly formed band started playing around the country eventually releasing their first record, “Where did our Youth Go?”(We are the Daughters, 2013) and their second, “Dolphins” (El Morro de Alf, 2015).

After a couple of years of heavy activity with their other projects (Jamie is also currently guitarist/vocalist in Wild Animals and Pablo drummer in Fuckaine) in September 2016 they headed off to record a new album at Ultramarinos Costa Brava studio in Sant Feliu de Guíxols with Santi Garcia producing (something of a legendary figure in the punk/indie scene) and his brother Victor Garcia mastering. The result is “The Heartbreak Campaign”, a 10 track lp co-release through several esteemed independent labels (BCore, La Agonia de Vivir, Discos Finu, Pifia Recs) from Spain and also overseas (the Japanese label Waterslide Recs is to release the Cd edition). A record full of ringing arpeggios and layered distortion. Intricate, driving beats and vocal melodies and lyrics dripping with nostalgia.

The band is currently a quartet completed by Xavi Calvet (Bullitt) on guitar/backing vox and Borja Perez de Pozo (Please Wait) on bass, both Sant Feliu residents, giving life to what they call the “Torremolinos-Sant Feliu connection”. Their sound is something of a three-way between Indie Rock, Power Pop and Emo, where one can hear distant echoes of bands such as Big Star, Death Cab for Cutie, Guided by Voices, The Promise Ring, The Wrens, Last Days of April, Jimmy Eat World (Clarity era) as well as some 80s favourites such as The Cure and The Smiths. When playing live they take their pop melodies and attack them as a punk band would. In October they’ll be touring promoting the new album. Don’t miss ‘em.