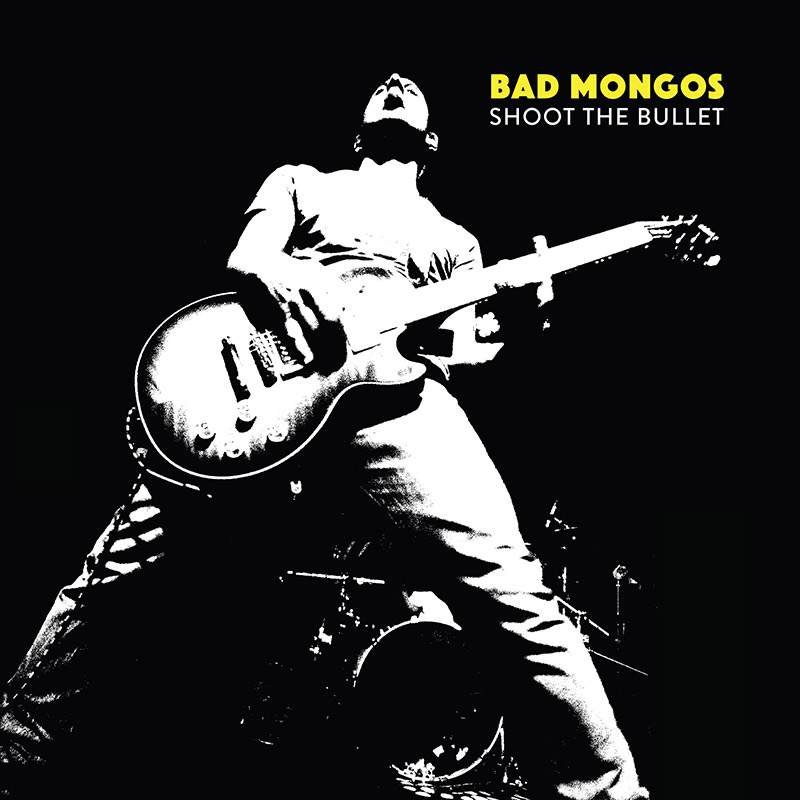 The Costa Brava’s best-kept secret is back! Bad Mongos, the nuttiest band in Empordà (Gerona), are back after 12 years of silence. Their first act saw the band leaving us a good number of concerts and records that those lucky enough to expe- rience will not easily forget; but this time, the rise is almost a miracle, they are back in an outstanding and enviable way, with a new formation and an amazing album that doesn’t take any stick. Recorded by their inseparable producer Santi García, their brand new album ‘Shoot the Bullet’ will blow the minds of even the most demanding palates of the punk rock planet.

A bulldozer full of venom and bile that draws an imaginary line between Detroit (The Stooges, MC5), New York (Ramones, Dead Boys), Scandinavia (Turbonegro, Gluecifer) and of course, the Costa Brava. From the moment the starting gun goes of with that declaration of intent aka ‘Rocking Shoes’ until they close the album with ‘Up in the Sky’, Shoot the Bullet gives the listener no rest, giving you a solid erection for 35 minutes non stop. Vomit after vomit, this album makes up a solid artefact that includes every element you can ask for in a good punk rock album. Humour, rage and love, Chris (vocals and guitar), Pifa (drums), Pks (bass) and Carlus (guitar) wave the most genuine rock and roll flag there is, the flag that flees from trends, stereotypes and smokescreens to concentrate on what’s important, the songs. And if Shoot the Bullet has anything, it has songs. Songs where Iggy, Danzig, Lemmy or Dee Dee wouldn’t dare touch a single coma. The mongos know every trick in the book of traditional punk and roll.

And so we find songs like ‘Got To Lose’, ‘I Fuck’ or ‘A Pendre pel Cul’, that emanate the filthiness of a road bar, of a kick where it most hurts or a pee right in your face, all flavoured with a genuine aroma of ‘Apocalypse Dudes’ or ‘Raw Power’. Shoot the Bullet is an honest album that renders tribute to what the Monguers consider their true university, the nuttiest and most everlasting punk rock school. Long live the Bad Mongos!