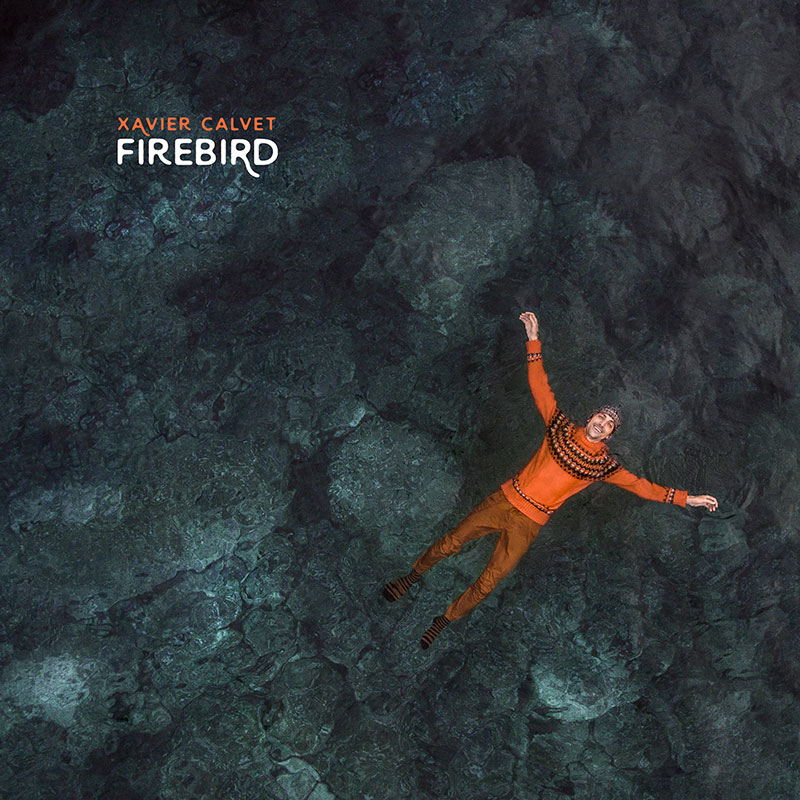 The firebird is a mythological being, a beautiful bird of resplendent plumage, both a blessing and a condemnation for anyone who dares to capture it. This ambivalence is very present in Xavier Calvet’s (incombustible leader of the punk rock band Bullitt ) first solo album ‘Firebird’. The album is a sort of ‘roadtrip’ that transits through landscapes of a typical ‘American’ sound (with echoes of the first Wilco, The Jayhawks or Ryan Adams – when he was closer to the country sound of his times with the Cardinals, flying around the album) under a mantle of eminent pop tunes, something that has become somewhat of a brand on all albums signed by Calvet.
The texts include some of his recent experiences, with interesting reflections on life, death, human relations and the often-contradictory feelings that come with them. Recorded between Cal Pau and Ultramarinos Costabrava, Firebird contains 12 evocative songs, some of which we have already been able to hear previously, sung live by Calvet with the only help of his acoustic guitar (‘Lovelight’, ‘Little Girl’ or ‘Fall Out Boy’, originally folk-pop pieces that in this long debut appear perfectly dressed and wrapped by good and old friends, musicians like Vidal Soler (Copa Lotus – Guille Caballero (Els Surfing Sirles – Joan Colomo, keyboards), Marc Clos (Nueva Vulcano – The New Raemon, percussion, vibraphone) and Santi Garcia himself (No More Lies – Jeremy Enigk, bass), as both musician and producer/sound technician. Completing this ‘dream team’ (that are ready to storm the road and defend Firebird live) are two of the countries greatest drummers, Calvets two good companions Enric Pla (Bullitt) and Víctor Garcia (Saint Tropez – The Unfinished Sympathy – Jeremy Enigk), also in charge of mastering the artefact. Together they have sown a varied but compact album, with emotional moments (the initial ‘The Gray Lane’ and ‘In My Dreams’ address the loss of loved ones through spirituality) along with other more lively and light tracks (the title ‘Honolulu’ needs no explaining and ‘Summer Promotion’ is pure power pop in the line of their admired Fountains of Wayne).
Special mention should be made for the springsteeniana ‘Say Stop’, the precious love declaration ‘Be With You’ and, above all, the track in charge of closing the album, ‘The Ballad of Fermí’, an emotional half- temp Jimmy Eat World’s style (with their most epic ‘Clarity’) song with the collaboration of Fermí Roca (Biscuit) on the drums, the song was practically composed and recorded during the sessions at Cal Pau. Like a firebird, good old Xavier Calvet uses the incandescent wings that music gives him to share his memories and reflections. Like a firebird, the musician with the eternal smile shines as never before with songs that overflow with sincerity and emotion.