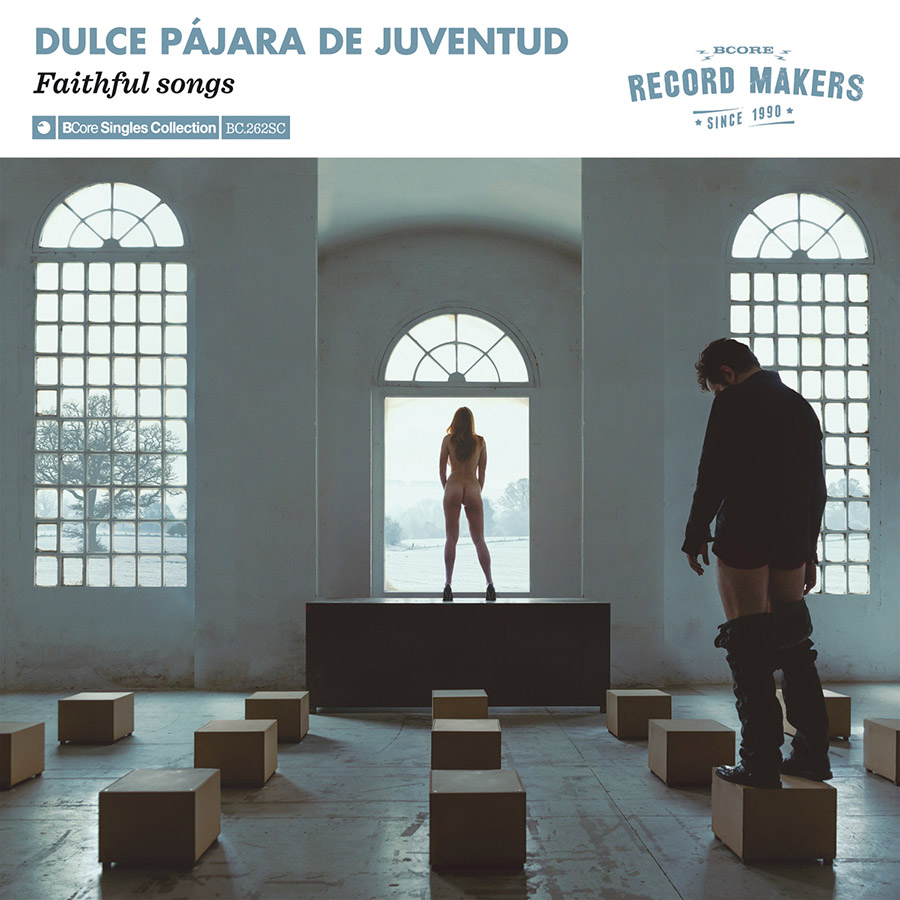 Ambition is one of those gifts that scare. Even when having it, there are some that don’t use it and run away from certain conventionalisms. Maybe because of this, some of us know that the first album by Dulce Pájara de Juventud, under their same name, was just a precursor of what was coming.

Amongst perfect pop tracks, like the already perpetual, in its own right, “Gigalove” or the more refreshing and summery “Feel”, flowed a symphonic will, understood in the strictest sense. Baroque guitar solos hidden between timid ‘90 winks that, improving after uncountable acts, opened the doors to show what would finally be “Faithful Songs”: Three songs where the creative capacity of the band explodes in all its splendour, shameless, losing its shyness to stand out. A blow on the wall. A deliberately darker blow, less pop, more bold and brave. A full-blown declaration of principles.

Dulce Pájara de Juventud render themselves to faith and lose all fear. They think big; they amplify to give a solid form to that glimmer of genius that hovered over their first album, no complaints or excuses, no suburbia’s or kindergarten friendships. The large jump from ‘band of the future’ to ‘cult band’ without going through the start line, and all done with a bare chest, like the most important things in life.

\\\”Faithful songs\\\” inherits their obsessive riffs and suggestive vocals, it dares with triumphal backing vocals in songs that turn into hymns on the first play, and, even through their darkness, they oxygenate and open your heart, in an almost physical way. This new album is so tangible, so real, that we can almost hold it in our hands and watch it slip out like water through our fingers while turning into something completely different.

This is where we realise the great value of Dulce Pájara de Juventud: A band that doesn’t mute into a defined style, but are in constant change, with every play and in every performance. They work hard to tack each step in a calculated way; they oblige themselves to continually evolve and are capable of giving up the heat of a hit song in their live acts just to do what ever they feel like on stage.

They are full of faith. Both them and their songs. And I insist, as if speaking of an eternal comeback: Faithful Songs is just a taste of everything Dulce Pájara de Juventud has to offer. 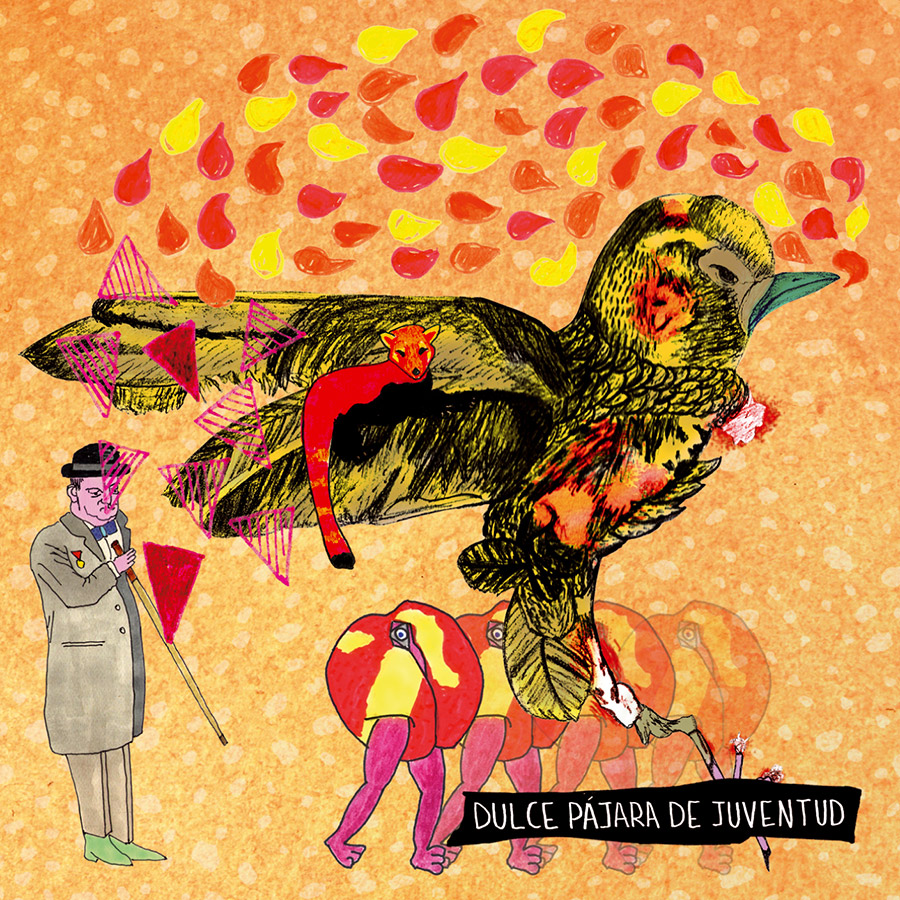