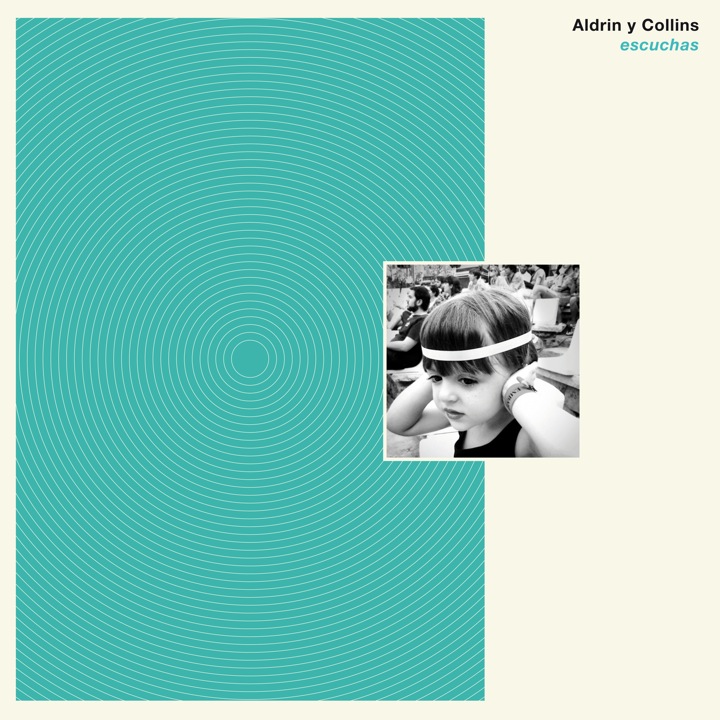 Who knows if the name of Aldrin y Collins’ third album, ‘Escuchas’, was the result of an accidental group condition. A concept, without a doubt, related to the band due to the fact (as most of their followers would know) that to be able to fully enjoy the Catalan –now quartet- bands’ universe, you need patience, attention… and the ability to listen. It is with this EP that Gerard, Pau, David and Xavi have chosen to escape all kinds of details and frills. Instead, you’ll find a latent rage that we already sensed in their previous two albums. They have left behind the precious- ness and the subtle naivety found in the bands’ first album. However, by no means do they renounce to their roots and essence in doing so.

You can discover that with the first tac-tac-tac-tacs of ‘Aerostático’, the song reminds us of their un-negotiable influences. “Emo” guitars and an alternative rage hold hands throughout this invincible beginning and are followed, without a breath, by the surprising ‘Escuchas’, a fast punk rock piece that talks of love, spies and social media. A delicatessen for any 21st Century conspiranoid.

In ‘Ailurofobia’, Jeremy Enigk and a pre-Garfunkel Ramón Rodriguez join paths with an elegant melody and classy rhythmic base; you’ll reach a climax that will never go out of fashion.

There’s also moments for care-freeness and everyday life (which was so frequent in their previous albums) in ‘Monumentos de Parvulario’ or in ‘Contexto Histérico’- a song that starts slowly but ends up exploding in a way that Dave Grohl would like to be able to do in his latest albums. The EP ends with ‘Carbono 14’, a very “Aldrin” type of song, with cryptic lyrics and a complex melody that has to be savoured calm- ly. The meaning is to demand as well as last.

We are before six new songs that are a lot more than just songs: they are a turn- ing point, a horizon called to reward all those years of work, talent and sweat. But, unlike those that gave the band their name, Aldrin y Collins do not want to reach the moon. They have their feet firmly on the ground. They want to have fun whilst creating and, most of all, make noise – a lot of noise. That is all these eternal astro- nauts need to be happy.