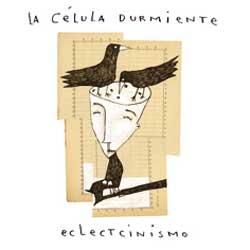 At the beginning of the decade a youg band from Sant Celoni (Barcelona), which members didn’t reach the age of 20, had their debut with an amazing EP that quickly became a reference in the underground scene. Those five guys called Zeidun surprised everybody with their ability to build wonderful songs, plenty of melody and emotion and, amongst all, an attitude that set them apart of all the stereotypes of the genre, with a naturality and ease at the limit of inaccuracy. At their front, the creative genious, Joan Colomo, melodic architect and modelic frontman. After some years and two or three recordings, Zeidun made a twist into experimentation, and Joan’s melodic frenzy found an alternative in La Célula Durmiente in 2004, with a debut album, “Perverso universo” (Underhill Records, 05) that brought back the melodic spirit that we had found in Zeidun. Being Joan the songwriter, singer, guitarist and main multiinstrumentist, he surrounded himself with ubiquitous Mau Boada, Zeidun’s drummer and guitar player in Omega Cinco, The Cheese and Les Aus to play bass and Narcís Prat, drummer in metal-combo Moksha, which aslo features Colomo on bass. With this simple but hyper-creative line-up, after their debut album (one of the most fresh and imaginative in 2005), perfomances as in Sant Feliu Fest and producer Santi Garcia as main allied, now they introduce such a rich and interesting work as “Eclectcinismo” (split release with Underhill Records of Pamplona and Arindelle Records of Santander), where the only common link is Colomo’s  overwhelming ability to create melodies, with a pop instinct that never turns into cliché to stay always alert, twisting them when starting to feel too confortable, setting them out of context and covering them up with all kinds of stylistic wrappings, from indie rock until circus music, tex-mex, D-beat at pursets Discharge style passing through their punk and emo roots. Pure genious, honesty and vitality, Joan Colomo, only 25 and one of the most influential characters of Barcelona underground of the last five years. 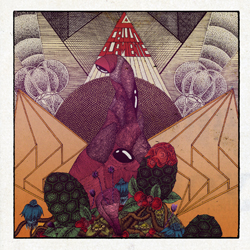 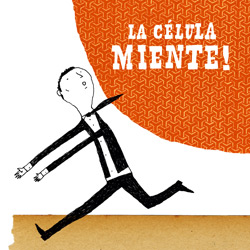