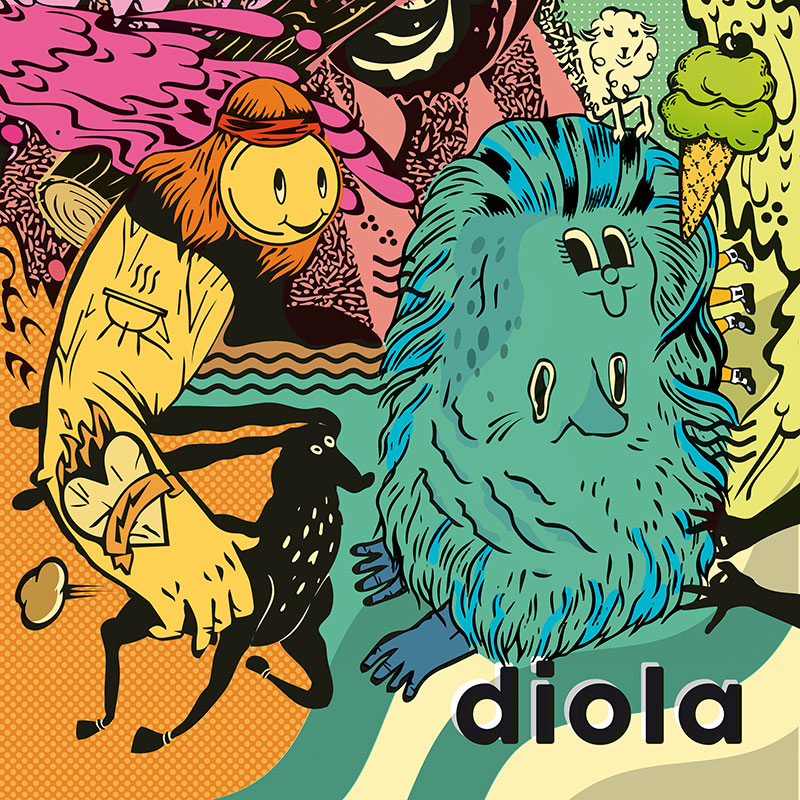 Just over three years ago, Pontevedra born outfit Unicornibot closed a firm era consist- ing of five years and three albums, with a character unique among the Spanish under- ground scene, both for its indescribable and epic music, as for the bands DIY methods (that ended up taking them to every corner of the peninsula). Three of the four mem- bers decided then and there that they would use all their energy in building a new artis- tic and musical project; with all the tools they had at hand. And so, after blending their sound with a thousand filters and pedals, they mixed it in a cooking pan with their ‘savoire faire’, adding a touch of electronic devices here, some vocals there, and boost- ing the recipe with all the experience they had picked up from their other projects: Djalminha, Cuchillo de Fuego and Marrones Burócratas.

Since then, Alex Gayoso, Gon Goitia and Toño Magariños have shared drums, guitars, base, synthesizers, microphones and samplers, to create a new way of making music, starting from the Hot Snakes’ highly distortional rock, to the mathematical urge of Dischord icons like Medications, the obsessive sonic treatment carried out by Battles or Animal Collectives playful and organic electronica.

With their minds set on following this new type of song creating and after a number of gigs around Galicia and the rest of the peninsula (including many a visit to Madrid and Barcelona where they shared the stage with monsters like Moon Duo), the trio set foot in La Cortina Roja studio in October 2016 to start recording their first self titled album -under the directions of Jose Gutiérrez- with a clear challenge: To conveniently shake the cocktail mixer without causing casualties.

The result is a collection of ten, playful and naughty, songs, that go from post-hardcore, pop like chorus lines with a tendency towards hymns, Latin rhythms and even Afrobeat. The cherry on the top are the lyrics, that reflex, without digging to deep, and are full of good humour about middle age dramas, a generation that has run out of petrol while stuck in no mans land.

From the ironic exaltation and good, post hardcore, barbecue vibes of Riñones, to an explosion of constant vital anxiety in No Lo Sé and Charo, passing through the infinite capacity of self-delusion in Sábado, the expert-level of ‘cuñadismo’ in Nivel Experto or the bands sour point of view on the music industry in the small, but grand tribute to Tony Allen and Fela Kuti in New Wave. diola spare nothing while they make the audi- ence laugh and dance.

In this wonderful debut album, diola resume years of work and play and mark a start- ing point that brings to mind the type of artists you can’t stop dancing to, while they just fly over. Now they join BCore, label they have drunk from, many a time, for this new adventure.