G.R.B. did not last too long but they managed to be anyway a fundamental band in Barcelona’s punk scene during the 80s with their songs with lyrics written to move consciences and to promote a personal critical spirit.
After their debut demo and the remarkable E.P. Estoy Tan contento (1986), the band faced the recording of which finally was their only L.P., going again to the Maraton studios. They did it on July 1987, but it took another half a year more for the album to be released. The project was funded with the economical support of Trashmike, a rocker friend of the band, and was possible using Mallorca label Blau’s license with few or nothing of punk in their catalogue.
Rats and mice they had been using so far for the accompanying graphic design were substituted this time by dwarfs and goblins, actually referring to personal phobias and traumas which strangle the individual personal freedom. If something defined G.R.B.’s speech, that was its reflective character. The album was full of songs with deeply thought lyrics sometimes written from an unusual perspective from the genre, searching for the self-criticism as the only way of improvement against tortuous internal labyrinths (“Demuéstramelo”) or even from the personal fear before to pronounce the expected condemn to bullfighting (“Chilla la fiera”) as for example L’Odi Social did. Once they decide to attack to different fronts, they do not have problem at all to question to those self-proclaimed prophets of the Revolution who decide what kind of violence is permissible or not (“Jim el pacifista”).
On the other hand, in musical terms, the album displayed the evolution of the group’s sound. Songs became longer, solo riffs were not discarded and some sign of melodies were included, but their music was still dense hardcore anyway. They decide to slow down a bit their songs thus allowing the listener the possibility to hear and understand somehow better, lyrics full of depth charges.
The edition of Cuentos y Leyendas is a fantastic goal by BCore and a real luxury for all fans loving those ages sound and manners. 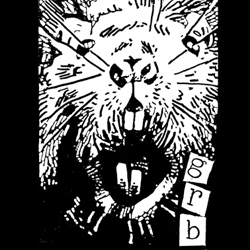