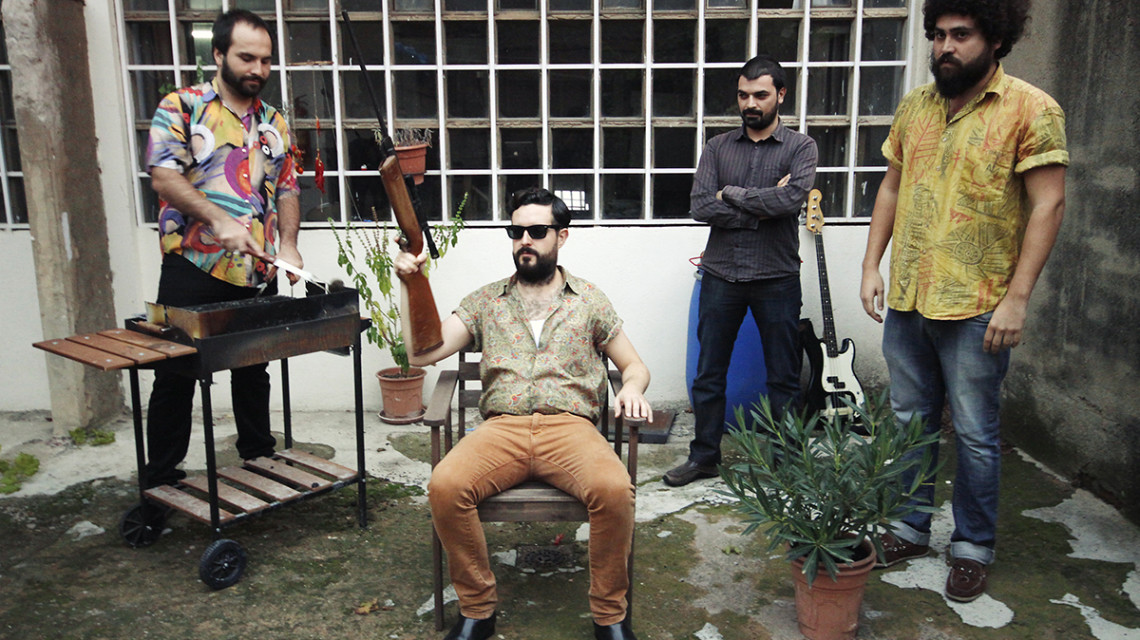 We are sure you’ve already seen some kind of anthological YouTube video where five East-European men (moustaches, terylene trousers, leather jackets…) dance wildly to the sound of music coming from a family car boot. A mad dance, weird, crazy, you know, like “I’m – being – Filmed – on – camera – and – I – don’t – know – how – to – dance – but – it – doesn’t – matter – cos – I’m – having – a – hell – of – a – time”. Good, well this kind of image perfectly resumes the witty partying spirit of our Salvaje Montoya.
You’ve probably heard just about everything you can about them:
They hit you in the face with an enriched The Sonics type sax, they rock and roll a Latin legacy and are outstanding disciples of Mirlos and Los Peyotes, they stole their reverbs from The Cramps; their dirty guitars flood everything without frills like the Wau y los Arrrghs!!! Or Guadalupe Plata; they put you to a trance like Pony Bravo, they do native eighties punk (when your not really waiting for it), their lyrics talk of decadent woman, of a tomorrow that doesn’t exist, that the Singer of Manos de Topo plays the bass guitar with them, that they once broke a bottle on someone’s head, that they are shameless rascals, that they drunk the water from the flower vases and bla, bla bla…
The only thing we know, is that their first musical reference: BODA HUMANA (published between BCore and Mama Vynila) is a catalogue of hits for a hedonistic celebration, for moving your hips in a unga-unga party and it’s the perfect soundtrack for waking up in a bed that’s not yours.
Recorded by Sergio Pérez (presently with Pegasvs and with quite a past in the mad national garage scene) has managed to bottle up, press, mould and squeeze Salvaje Montoya personality into this first album, that’s also gloriously tangible in the infectious and mindless live performances. 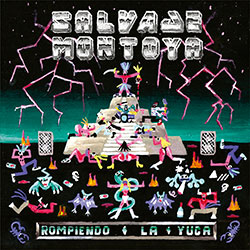 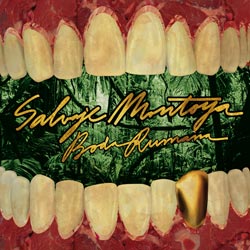