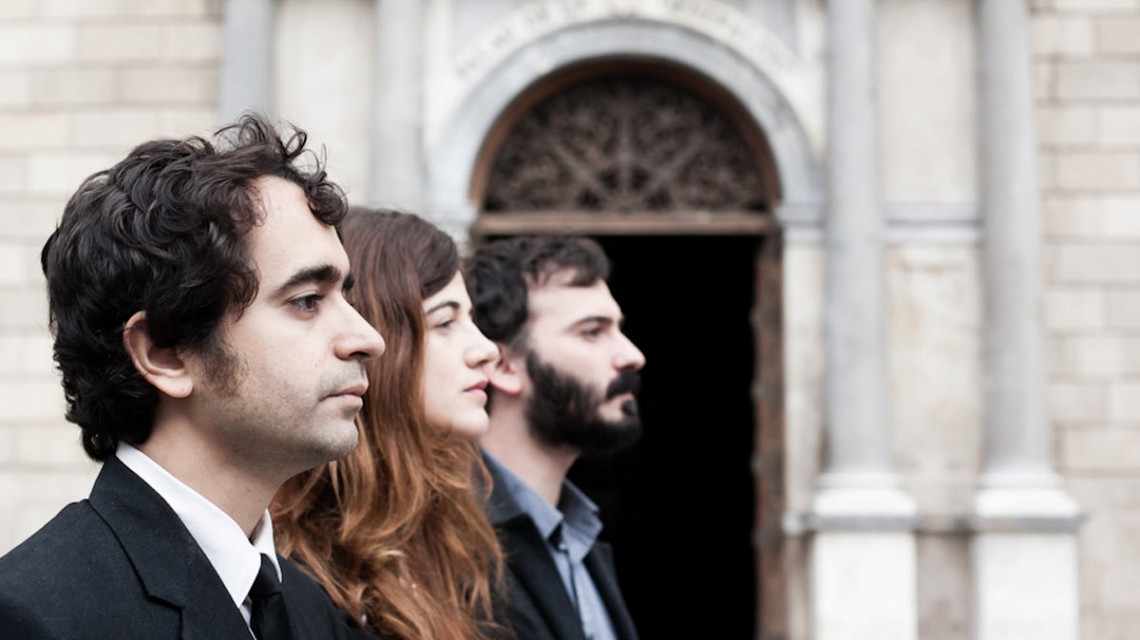 Ramón Rodríguez – aka The New Raemon-, Maria Rodés and Martí Sales, three singer songwriters with very different artistic projects, have joined forces to make songs.
This Convergence and Union (translated from Convergencia i Unió, as in the Catalan political party) is the result of an appetite for trying new things, to put aside for their own musical careers a while, and contaminate themselves with other worlds and other ways. We have to add to the three singers the master touch of Marc Clos at the percussions, a song with Clara Vinyal’s velvety voice and the ingredient that they needed to bind the mayonnaise together: Paco Loco, producer, multi-instrumentist and extraordinary joke teller.
Neither Maria, Martí nor Ramón had recorded at Paco Locos studios, a kind of Paradise in the Puerto de Santa Maria, Cádiz, where they locked themselves in for a week last November. The isolation strengthened the group’s feelings. The novelty of working together made them relax and the inspiration had no ending. Any suggestion made was done; they encouraged themselves between them, whether if it was to put in a new instrument, a melody, an arrangement or a sentence. At the end of the week two new elements were added to the stew to make it tastier: A poem by the stark Núria Martínez Vernis and another by the free-minded Enric Casasses, a living classic of Catalan literature. The result, this hotchpotch, half anarchic, half lyric, of texts and vocals, its disturbing and pleasing at the same time, with dark emotional taxidermy’s, love songs for a mermaid from the depths, fragments from the bible sung at the rhythm of the jungle and god sending sex in the sex shop’s cabin. It traps you bit by bit, like a sweet poison reduced with some kind of narcotic: The songs are, all at once, the fly, the spider and the web – a unique and surprising trap that your probably want to fall in when you don’t feel capable of watching yet another bad news bulletin.