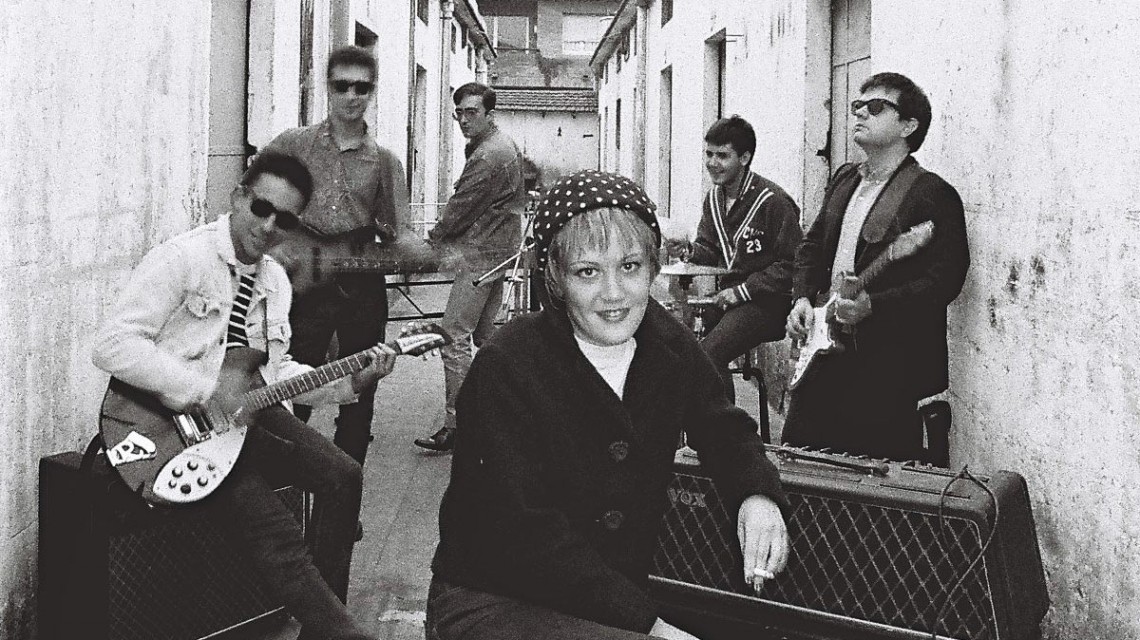 Los Canguros were a singular band, even from a current point of view. Their compositions mixed elements from many pretty and modest places ((Makin’ Time, new wave, Tamla, Los Brincos, The Barracudas, Strange 80’s pop, Petula Clark, The Prisoners, sound of the Rickenbackers…) but, just like most of the mod bands from the beginnings of the eighties, they transcended with absolutely no distress from the sixties influence they were pre supposedly stuck with. Los Canguros were strange pioneers, they didn’t fit in very well with the scene that saw them first appear, these are common attributes for things that are worth it: Weird between the weird. In the mod cult -at that time facing their first splits and civil wars- they were a great anomaly: they cover versioned Pere Ubu, The Cure and Booker T & The MG’s. They carried around a Farfisa organ, very ye-ye, we know, but the old banger was manipulated for more perverse intentions: some songs reminded us more of The Fall or Blue Orchids (I see that now) then to Spencer Davis or Small Faces. Kiko Amat

All the material chosen is from various rough cuts recorded by Los Canguros between 1986 and 1990. The original formation, formed by Joaquín Felipe, Joan Quesada, David Martinez i Parra and Kiko Santamaría, recorded two rough cuts between the end of 1986 and the beginning of 1987, one of them at the studios at TV3, that included songs like “Cinco Años”, “El sentido de la vida”, “El hombre de piedra”, “MCPR” and “En mi sueño”. These last two turned up by surprise on a recording tape with a mistaken label (it had other titles written on it) and have turned in to one of the archaeological discoveries on this album. When the guitarist and composer Sergi Arola (from the Interrogantes), the singer Charo Boix, and the drummer José Manuel González (both from Kamenbert) joined the band they recorded two new rough cuts, ‘A Way of Life’, recorded in Sabadell on the 9th of august, 1987 -including the songs “El Dorado Whisky Club” and “Yo-Yos y boomerangs”- and ‘Un Salto Adelante’ -with “El día que vuelvas”, “Un home mort”, “Un tipo raro” and “Como una mariposa”, recorded and mixed by the Negativos guitarist Robert Grima in the summer of 1988. During Felipes temporary absence, the rest of the band recorded the song “El Eco de las Olas” sang by Sergi, this song was recovered in extremis just days before the end of this project. When Felipe left the band for good they went on to record three new songs produced by Jaime Stinus, these songs were published in the compilation album Barcelona Húmeda (Urantia Records, 1989). From this session we have rescued just one song, “Tomás”, as the other two “Un Tipo Raro” and “Eldorado” weren’t as good as the earlier versions. Finally, with an imminent record contract that was never settled, the band recruited the guitarist Manel Miquel and the producer Álvaro M. Maluquer (ex Distrito 5) to lie out the future album. The songs “El regreso”, “Entre recuerdos”, “Levanta María”, “La música de la ciudad”, “Celos” and “Óyeme gritar” are from the sessions recorded in the 90′. That was when Los Canguros, who’s only survivor was the base guitarist Joan Quesada, decided to split, years later they would get together for a few concerts, coinciding with the inclusion of “El Día que Vuelvas” in the compilation album ‘Mi Generación’ (Al.leluia Records, 1995). Ricky Gil 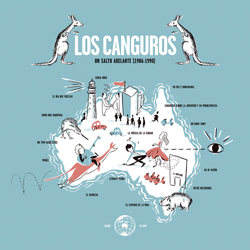