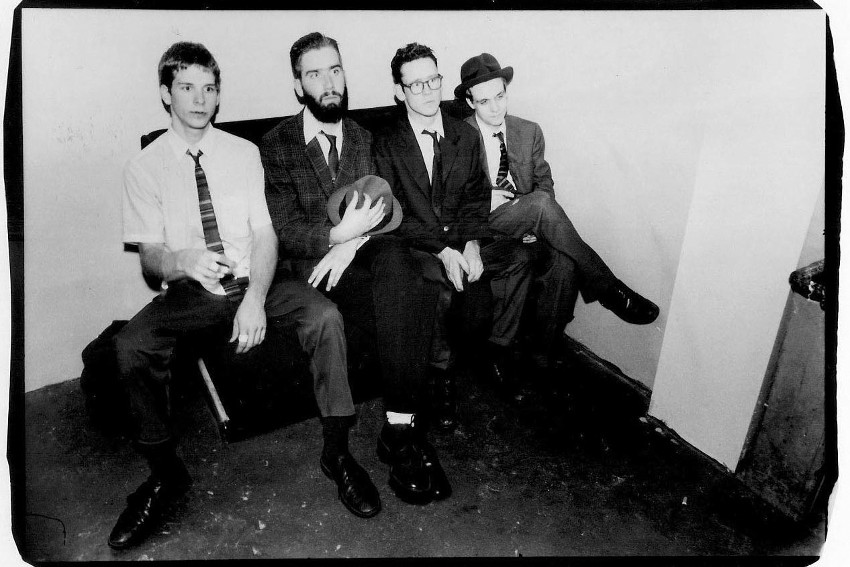 2000 copies were made and not one is found today. To not mention finding information on the band: a few lines on who they are, how the band split, and a brief and select discography. Finding information on them was almost like being Jeffrey Beaumont in Blue Velvet (1986): find a body with the only help of a single ear. Hoover are a secret, exposed in a concurrent display cabinet, they are like finding a revealing clue in a place you’ve visited a thousand times. They are the missing link to understand the characteristic sound from Washington D.C’s early 90’s. They marked the course of a city that wasn’t even theirs, because even though drummer Christopher Farrall lived in a suburb of Maryland, Fred Erskine, Joseph McRedmond and Alex Dunham, would converge from different coordinates: Nebraska, Pennsylvania and Arizona. With their arachnid and sibylline posthardcore, it was obvious they would end up seducing Ian McKaye. Just one concert was all he needed to sign them up for a first single and their debut album The Lurid Traversal of Rte. 7 , at Dischord. They were active between 1992 and 1994, and then what? They broke up and split in many different directions: Abilene, June of 44, Regulator Watts, The Boom, The Crownhate Ruin, etc. But our story starts right here.

How many times have you wished to know what your favourite bands would sound like today if they had never split up? Hoover decided to answer that question in 1997 by reuniting in the same studios they recorded their debut album in. The event took place at WGNS, under producers Geoff Turner and Juan Carreras’ supervision, and consisted in recorded unpublished songs that they had only played live, and to experiment after three years of accumulating new influences. For example, they recorded “TNT”, a suffocating mastodon as grand as “Pretender” or “Weeds” (with a screech diluted by an obsessive guitar riff that defines their primitive essence). They took it even further with “New Five Drive”, a dissonant ballad, and in “Breather Resist” they found new ways of stabbing people with a song. Maybe the most different song of all of was “Relectolux / Electrodub” – an extended version of “Electrolux” – where they expanded their matter towards dub, jazz and warmer lethargies.

On the 1st of January 1998, Slowdime published 2000 copies of their last untitled album. They only needed DeSoto to complete the trinomial of discographies, key elements of that time, that sound and that place.

To find this album now, in 2016, is a music archaeological task. Maybe Jordi Llansamà, who once rescued singles by June of 44, Kepone, Bluetip, a split by Dismemberment Plan & Juno, The Letter E EP and a couple of references by Oswego, will take on the job of reissuing as an excuse to celebrate BCore’s 300th edition, maybe you will magically find this album in your hands. We can always dream… 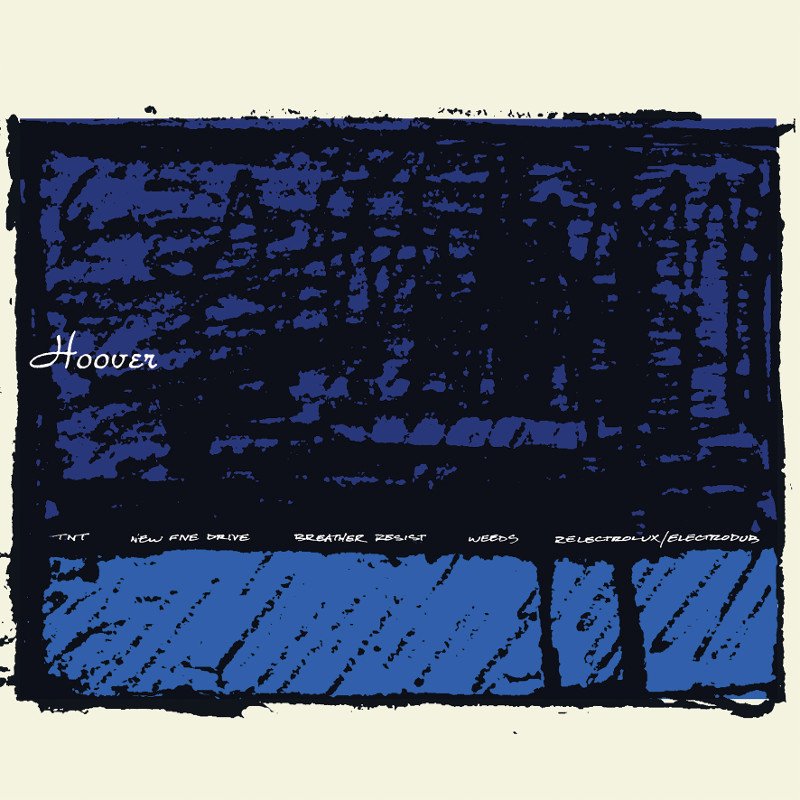