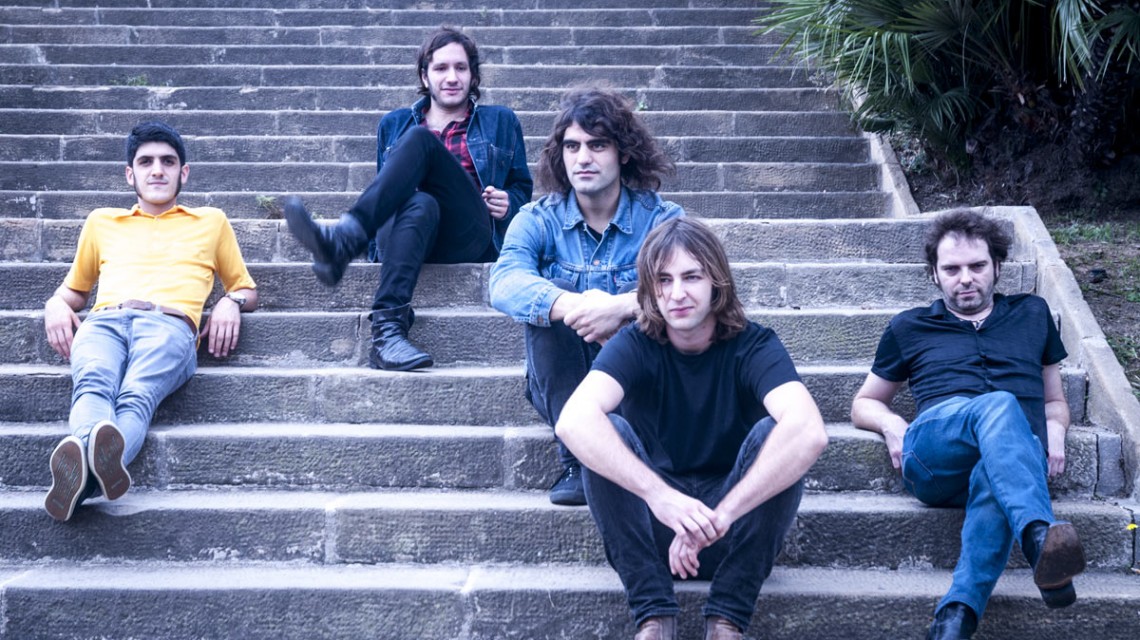 “After two years of mischief around the peninsula with our previous album ‘Congo Tapes’, we decided we had to make a complete change in our life. We were tired of sleeping around with a different girl every weekend, ending up in the darkest dens on Sunday mornings, of pulling our trousers down on stage at every concert, of organizing afters in our van ·The Fuckineta· and spending the little money we had on prawns from Palamós and Gin from Eroski. We needed to end all of that.”

But how did all of that start? The legend says that the Fuckin’ Bollocks Big Bang happened on New Years Eve 2005, when Willy, Bruno, Wally and Gary, dangerously close to adult age, were invited to play at Pachá Club in their village, Sant Andreu de la Barca, the condition was they had to play songs from ‘Operación Triumfo’ (a kind of Spanish X Factor), to which they answered “We will invoke the Sex Pistols and The Beatles in fast-fast mode” Pure legend, for sure. Whether they played that night at Pachá or at an old peoples residence, the hurt was already done. That first electric spark started the motor of a new rock band hungry for music, thirsty for life and ready for a fight.

Over revving like any other kid at that age, their days were a string of chaotic rehearsals, half made songs, ethylic rejoice, improvised concerts and sex flings. Youth, divine junk. They invaded Barcelona like a mammoth in an English tearoom, crashing into the semi-finals of the Emergenza Festival or sharing the stage with the Argentina band Los Peyotes; a witch’s coven that started off the word of mouth in a city that was starting to experiment a shy explosion of garage-rock.

Eager to encapsulate all that chaos into something real, in 2009 they lock themselves into the Barcelona based recording studio El Tostadero to record their first debut ‘All Good Things’ an album they quickly rejected. It was a first time album, yeah, but through its shell of sound oozes an addictive post acne punk in the form of dirty odes to never-ending excess and unrequited love. But there’s no place for sorrow: They had to play, play and play. Shows with The Vicars, The Strange Boys, Novedades Carminha or Mujeres carried on increasing the myth on their wild live act; with lessons learned on and off the stage, they carried on nourishing the breeding ground for future compositions and all this -with Sergi on the drums and Ima playing guitar and harmonica- made the band win melodic audacity and security onstage.

Convinced that they now, more than ever, have to sound powerful, they run away to the Costa Brava for a week: 5 days to record with the producer Santi García in his studio Ultramarinos and “Two more to go and party”. Incorrigible but with the lesson learnt, they perpetrate the 8 tracks and 18 minutes of ‘Congo Tapes’ as if their life depends on it. In this album-stampede, the steam engine from Sant Andreu de la Barca sweeps the Congo jungle with the same R&B frenzy as the J.Geils Band or the party loving Faces. With ‘Congo Tapes’ the strident promise turns into an unbeatable reality and the later tour with Black Lips (in their best days), was the best reward for the enormous effort of the past 24 months…

… And now, “After two years of mischief around the peninsula”, a new chapter opens in the unstoppable career of Fuckin’ Bollocks with ‘International Bikini Allstars’. Recorded yet again with Santi Garcia’s complicity in four different sessions, this third album presents a band that are taking it slowly, with no fear, that, without losing their trademark, have turned down the revs to show us all that musical tapestry they have been sewing consciously in such a (apparently) short time. It might be casualty but it’s without doubt significant that one of the albums tracks is named ‘Sweet Virginia’, not so much as to recall the actual song but, for its same spirit of relaxed musical exploration that enveloped The Rolling Stones during the recording of their classic ‘Exile On Main St.’.
It’s undeniable that Fuckin’ Bollocks have let their references and experiences surface and help them make songs with a larger magnitude, compositions that shake and seduce, that twist and turn to fog the mind of a listener that has already been converted to the cause in the first song ‘I’ve Been Waiting For So Long’.

Maybe, reader, you think that from here on I am going to number each of the virtues treasured in the eleven songs left on this album you are about to unwrap. I’m sorry, but no. I have given you their record and have given you clues to what you may find. Call it rock, garage, folk or blues; this is music made by and for outlaws, so put on ‘International Bikini Allstars’ and get lost. 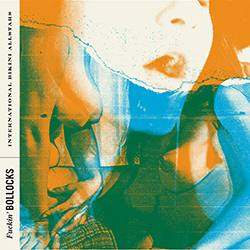 Fuckin’ Bollocks “Love Can Fuck it all”